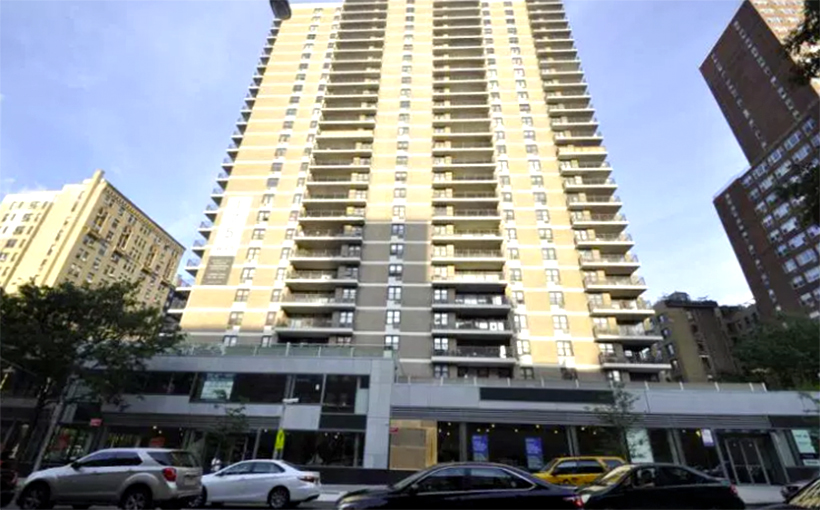 “Our client, Myles Horn of ABC Properties, was seeking to acquire this well-appointed property with significant upside, and we were able to run an exclusive JV equity process in a very short timeframe to bring in a partner that would enable him to move forward with the transaction,” stated Jeff Granowitz, managing director with Mission Capital Advisors, which represented ABC Properties in the equity transaction.

Constructed in 1971, the property — which is also identified as 175 W. 95th St. — is a 27-story, 229-unit multifamily building. In 2015, the seller, Starrett Corp., converted the building to condominiums and embarked on a significant capital improvements campaign. Since then, more than 80 of the condominiums have sold.

Constructed in 1971, the property – which is also identified as 175 West 95 Street – is a seven-story, 229-unit multifamily building and was last renovated in 2015, when Starrett converted the building to condominiums. As part of that push, the seller embarked on a significant capital improvements program, which included refreshes to the entryway, terraces, and common areas.

As part of ABC’s capital improvement plan, the firm plans to acquire, renovate, and convert the remaining rental units to luxury condos. “ABC will go about the process of trying to get apartments vacant through buyouts, secondary offerings and normal turnover. Upon vacating apartments, ABC will improve each unit with luxury upgrades and sell at market prices,” said Granowitz.

Parker added that the acquisition was made at a substantial discount due to the uncertainty that comes with executing a conversion. According to published reports, Starrett had initially marketed the units for more than $105m. “You never know how long it will take to turn the units,” he said. “That’s where Myles’ expertise comes in, in running this day-to-day process.”
In a separate transaction in the first quarter of 2017, ABC Properties purchased a $25m non-performing loan secured by the co-op shares relating to 262 apartments at Skyview on the Hudson in Riverdale, N.Y. Mission Capital advised the loan’s seller in that deal. “Mission had a great experience with ABC on both transactions,” Parker added. “Myles and ABC have consistently been able to execute their value-add business plan and unlock the hidden potential of condominium properties.”

Mission Capital has arranged $20 million in equity for 146 rent-regulated condominiums at 733 Amsterdam Avenue on the Upper West Side, Commercial Observer can first report.

SEE ALSO: Flower Power: The Life and Times of Lotus Capital Partners’ Faisal Ashraf
The equity injection was provided by Meadow Partners, according to a source familiar with the deal, and was provided in addition to $55 million in debt from Mack Real Estate Credit Strategies, for a total investment of $75 million.

Jason Parker and Jeff Granowitz, managing directors of Mission Capital’s debt and equity finance group, arranged the transaction on behalf of investor and developer Myles Horn of ABC Properties, who sourced the deal on the 229-unit Axton building condos. Horn then brought in Mission Capital to find a joint venture partner, a source with knowledge of the deal told CO.

“Our client, Myles Horn of ABC Properties, was seeking to acquire this well-appointed property with significant upside, and we were able to run an exclusive [joint venture] equity process in a very short timeframe to bring in a partner that would enable him to move forward with the transaction,” Granowitz said in prepared remarks.

“Myles and ABC have consistently been able to execute their value-add business plan and unlock the hidden potential of condominium properties,” Parker said in prepared remarks. “This is a trophy-type property in one of New York’s most attractive neighborhoods, and Myles recognized the significant potential that this condo package presented.”

Meadow purchased the condos for a discounted $61.3 million from lister Starrett Corp. earlier this month, property records show, using the Mack Real Estate Credit Strategies’ $55 million loan to finance the acquisition. Meadow acquired the units at a near 40 percent discount as Starrett had initially asked for more than $105 million when the block hit the market last year, according to The Real Deal.

Listing broker Mark Zborovsky declined to comment on either transaction.

The 28-story rental building, which has an alternate address of 175 West 95th Street, was constructed in 1971. Starrett converted the property into a multi-family condominium in 2015, and went to work with renovations that include a revamped entryway, terraces and common areas, according to information from a news release detailing the transaction. The building also features a 24-hour concierge, a new fitness center, a children’s play space and a lounge.

Officials at Starrett Corp. did not immediately return a request for comment. A spokeswoman for Meadow Partners declined to comment on the deal.