Beverly Pacific LLC has secured $15-million is first mortgage financing the Palihouse in West Hollywood, a 37-room boutique hotel. The borrower will use a portion of the funds to renovate the hotel, including guest rooms, the lobby and common areas. Mission Capital Advisors secured the financing on behalf of the borrower. 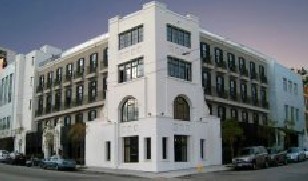 LOS ANGELES—Beverly Pacific LLC has secured $15-million is first mortgage financing the Palihouse in West Hollywood, a 37-room boutique hotel. The borrower will use a portion of the funds to renovate the hotel, including guest rooms, the lobby and common areas.
Our client closed on the asset very quickly, off market and all cash," Jordan Ray, managing director of Mission Capital's debt and equity finance group," tells GlobeSt.com. Ray secured the financing on behalf of the borrower along with Mission Capital associate director Steven Buchwald and director Gregg Applefield. "The business plan was always to secure the appropriate debt," he adds. The loan equates to $405,000 per room. Beverly Pacific also has plans to build a rooftop lounge and bar on the hotel rooftop.
The terms of the loan are not disclosed, however, Ray could say that Mission Capital was able to secure a low interest rate. "It was one of the lowest spreads we have seen for this asset class – due to the strength of the asset and sponsor," he says. "The goal was to find the best priced moderate leverage in the market and we achieved that as well as helped to start a new banking relationship that can benefit both sides."
Palihouse is a long-term stay hotel with studio, one- and two-bedroom guest suites as well as loft- style residences.
Although there has been much news about the hotel renaissance in Downtown Los Angeles, fueled mainly by the Wilshire Grand project, West Hollywood is also attracting hotel developers.

Earlier this year, GlobeSt.com reported that the James Hotel brand is building its first West Coast hotel in West Hollywood on Sunset Blvd. The CIM Group and Denihan Hospitality Group are behind the project, which will mark the first ground-up hotel built in the area in more than 30 years. The 10-story property will have 286 guestrooms, retail space and rooftop bars. For more insight on lodging and hospitality sector, check out GlobeSt.com's NEW columnist, HREC Investment Advisors' Geoffrey E. Davis, as he provides insights on the current state of

Kelsi Maree Borland is a freelance writer and editor living in Los Angeles. Her work has appeared in publications such as Travel + Leisure, Angeleno and Riviera Orange County.