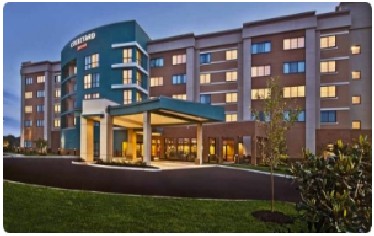 The owners of a certain business hotel in Clemson claimed that it is on its way to get a major renovation.

Last week, the Mission Capital Advisors declared that it has arranged$12.9 million in financing for Midas Hospitality. This includes $1.5 million for updating the 110-room Courtyard by Marriott Property. The remaining part of the money would be utilized for refinancing the existing debt on the property, as asserted by the Mission.

Kurt Furlong who is the executive vice president and principal for marketing and sales with Midas said that the courtyard of the hotel is over 7 years old and it does look impressive.

Moreover, it even looks up-to-date for the following five to seven years. Clemson is a great market, he feels and he has also said that the very outlook of the hotel here reflects healthy demand.

Kade Herrick, the tourism director for the Clemson Area Chamber of Commerce was happy with the announcement of the renovation. He said that Clemson hotels regularly sell out for football weekends and also the busy competition and rowing training season between February and April.

Herrick said that during their peak season, they witness quite a heavy demand.

Herrick also said that the University Inn and its 149 rooms and also the meeting spaces are back online following the expensive rift. These rooms, along with the new 80 or 90 rooms that are expected from Patrick Square hotels and Abernathy are currently under construction.

The work on the Courtyard would commence later this year. It would comprise renovations for the lobby, guest rooms and the fitness center. No additional rooms are expected. St. Louis-based Midas operates 27 hotels in as many as 11 states including Starwood, Marriott, IHG and Hilton.