Mission Capital Advisors, a national firm, is handling the marketing of the real estate sake of the former Marsh Store, which was sold in a sheriff sale nearly a year ago to Wells Fargo Bank. 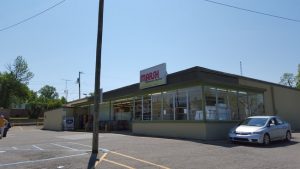 Cox Supermarkets, which had operated groceries in the city since the mid-1940s, sold the South E Street site to Marsh in 1999. The 14,730-square-foot building was home to a Marsh store until it closed in March 2017 as the regional grocery chain went under. It’s been vacant since.

The last remaining Marsh store in Richmond, ID, at 501 National Road W., is now called Needler’s, after it was bought along with several others by Ohio-based grocer Fresh Encounter.

According to online property tax records, the assessed valuation for the South E Street property is $230,500.