M&I Bank, one of the most-active sellers of distressed assets, is shopping a $235.8 million portfolio of mostly defaulted loans.

The offering consists of 47 loans collateralized by a mix of property types, construction projects and land. The properties are in 16 states, with large concentrations in Arizona and Illinois.
Almost all of the mortgages are defaulted or tied to borrow- ers who have filed for bankruptcy. Only two, totaling $3.2 mil- lion, are performing.
The level of distress is likely to tamp down offers. Investors can bid on individual loans or any combination. Bids are due Aug. 26. The Milwaukee bank wants to close sales by the end of September. It is being advised by Mission Capital Advisors of New York.
Among the largest loans in the portfolio are a $17.6 million land loan in suburban Phoenix and a $14.2 million condo- minium-conversion loan on a property near Chicago. Twenty- nine loans have balances of less than $5 million.
The largest loan is backed by 34 acres in Gilbert, Ariz. Developer Opus West acquired the land in December 2007 with the intent of building a mixed-use property. But the project never got off the ground, and the loan went into default in April. Phoenix-based Opus, one of the five regional operating companies of Opus Corp. of Minnetonka, Minn., filed for bankruptcy in July, following in the footsteps of two other Opus units.
The condo-conversion loan, which had an original balance of $36.1 million, is backed by an age-restricted complex, called Mallinckrodt in the Park, in Wilmette, Ill. M&I began foreclo- sure proceedings after the borrower was able to sell only 48 of the 81 units.
M&I is a unit of Marshall & Ilsley, one of the nation’s most- active lenders on commercial real estate. At the end of March, the holding company had $19.4 billion, or almost one-third of its assets, invested in commercial real estate debt, ranking 18th among U.S. banks, according to Foresight Analytics. 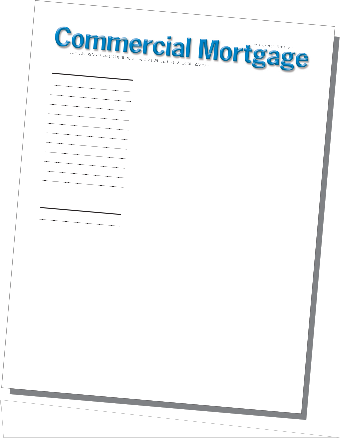 The portfolio consisted of $8.8 billion of commercial mort- gages, $8.3 billion of land loans and $2.3 billion of multi-fam- ily mortgages.
Some 6.6% of the portfolio, or $1.3 billion, was nonper- forming. M&I has been moving aggressively to liquidate trou- bled loans. Last year, it sold $780 million of loans, mostly via Mission Capital. This year, it has marketed more than $630 million through Mission Capital, including the current offer-
ing. Y