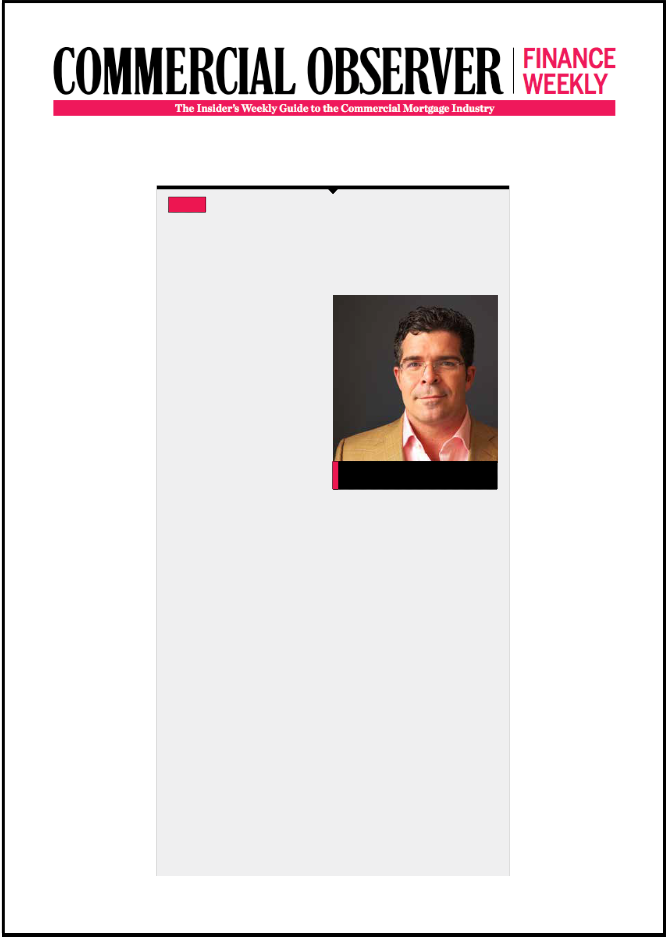 Commercial Observer Finance: How did you get into real estate?

Mr. Tobin: I majored in medieval and renaissance English literature, which has nothing to do with real estate. Coming out of school I spent a winter in Colorado with a buddy working in Aspen and quickly real- ized I didn’t want to be a ski bum—as much as I love skiing, it’s my passion—and I want- ed to actually make money. I had had a lit- tle carpentry and house-painting business in college and I had studied architecture as a minor that I didn’t finish, so I was very much interested in real estate. [A friend of a friend] worked at a bank called Dime Savings Bank [of Williamsburgh]. He alert- ed me to an interview opportunity and I went and I really didn’t know anything about real estate—I had taken a real estate salesperson’s class. We spent five minutes talking about real estate, but the woman in- terviewing me was a literature buff and so we spent the rest of the interview talking about Mario Vargas Llosa and Charles Bukowski and all sorts of weird literature stuff. I had three or four other rounds of in- terviews, but English literature helped me get my first job.

How has Mission Capital progressed since it was founded in 2002?

We keep expanding and growing. The team has gotten bigger and bigger. One of the interesting results of the [last] credit crisis and the sort of declining relevance of investment banks and big banking prin- cipal investments is that we get a shot at amazing talent—kids that [may have ended up] at an investment bank and stuck in a black hole of 18-hour days, with no ability to move up because [those firms] are down- sizing. We get better and better talent ei- ther coming out of college or coming out of banks who are just disillusioned with that lifestyle and that career prospect. We have an office in Newport Beach, Calif., and we’ve had kids in New York that say New York’s nice, can’t afford it, it’s too oppres- sive. We’ve had people move out there.

What challenges have met you along the way?

One of the biggest issues across all of our businesses is compliance and IT security.

We were ahead of that because we have con- tracts with the government. The Federal Deposit Insurance Corporation was sort of a leader in pushing all that stuff back in 2007 and 2008. Some of our bigger clients were into it back then and now it’s everybody. To work for a bank, whether you’re selling real estate assets or loan portfolios or doing valuation or consulting, you have to have a very deep audit, dive and IT security process. At first I hated it because it was just oppressive to have to go through that stuff and change your systems and add security, but it’s become a huge issue with banking with the explosion of the inter- net and data breaches and data thefts. It keeps out everybody that can’t comply with those things. It actually has been a great way to bat- tle against larger firms and win out over small firms that haven’t made those investments.
We were growing from 2002 to 2006, we were setting up a great team as we started, and then when the credit crisis hit we were per- fectly positioned. We started getting contracts with the FDIC; we had a business of valuing assets and had a great business of selling as- sets. All during the downturn, we were in the perfect business and then in 2009 we added a debt and equity team from Ackman-Ziff— Jordan Ray and Jason Cohen—and that team is now 25 people strong around the country. They did $1.75 billion or $1.8 billion of loans—75 dif- ferent transactions—some really cool stuff like the Soho House in Chicago and the Freehand Hotel in Miami.