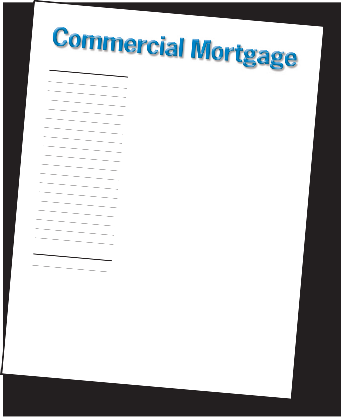 Oaktree Capital has acquired $205.4 million of distressed mortgages from M&I Bank, the second batch it has bought this year from the Milwaukee lender.

The Los Angeles fund shop paid about 50 cents on the dollar for the 35 mortgages, backed by apartment, hotel, retail, office and other properties in multiple states. M&I’s advisor, Mission Capital, took bids in June. The sale closed last week.
The bulk of the loans are subperforming, nonperforming or in default. The largest is a $29.4 million delinquent loan on a hotel in Fitchburg, Mass. The portfolio also includes a defaulted
$13.5 million loan on an office property in Winter Park, Fla., and a nonperforming $9.7 million mortgage on an industrial property in Phoenix.
Five performing loans make up 16% of the package. Among those is a $17 million note on an apartment property in La- Grange, Ga., about 70 miles southwest of Atlanta.
Other loans in the portfolio are backed by properties in Cali- fornia, Illinois, Indiana, Missouri, North Carolina, Wisconsin and the U.S. Virgin Islands.
In March, Oaktree paid a roughly 50% discount for $252 million of troubled M&I loans on properties in 13 states.
Like many regional banks, M&I found itself saddled with dis- tressed mortgages in the wake of the real estate crash. At yearend, roughly $914 million of the bank’s $14 billion of commercial real estate loans were classified as nonperforming. The lender regu- larly markets its distressed mortgages through Mission, which has sold roughly $3.4 billion of loans for the bank since 2007. 