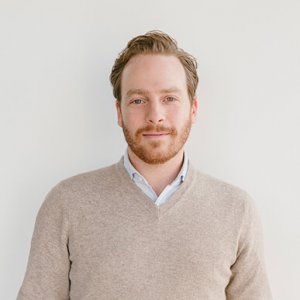 Jordan Ray is the principal of Mission Capital’s debt and equity finance group, where he oversees business development, strategy, placement and execution of real estate capital. His responsibilities also include sourcing and executing loan sales across the U.S. Most recently, the brokerage arranged $20 million in equity for 146 rent-regulated condominium units at 733 Amsterdam Avenue on the Upper West Side.

PRINCIPAL OF THE DEBT AND EQUITY FINANCE GROUP AT MISSION CAPITAL 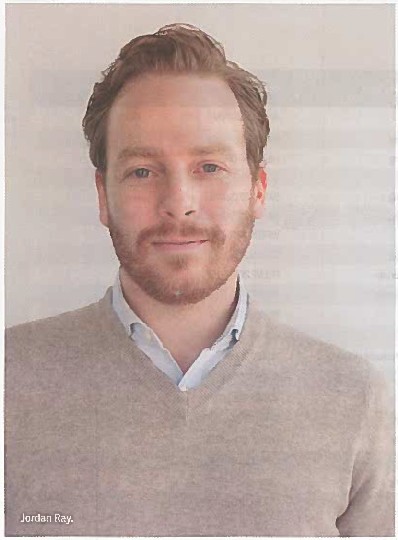 Jordan Ray is the principal of Mission Capital’s debt and equity finance group, where he oversees business development, strategy, placement and execution of real estate capital. His responsibilities also include sourcing and executing loan sales across the U.S.Most recently, the brokerage arranged $20 million in equity for 146 rent­ regulated condominium units at 733 Amsterdam Avenue on the Upper West Side.

Commercial Observer: Tell us about your start at Mission Capital.
Jordan Ray: When I came to Mission, it was 2009, and the world was ending. A great friend and ex-colleague of mine had joined Mission first because he knew David Tobin (principal of Mission Capital] from years back.
I was invited to join and sell loans but ultimately started financing deals when the mar­ket came back again. I walk into this office at 584 Broadway, and it’s 2oo feet creaky wood floors and a bunch of people sitting around a trading desk with five monitors. I came from a brokerage business where I would fight every five years to get a 15-inch monitor upgrade, as a half-nerd-well, a full nerd actually. But I came into the office, and there was just this buzz. Selling distressed loans in a downturn is a good business.
Commercial Observer: How does Mission’s business differ from other brokerages?
Jordan Ray: What Mission did before I joined was make the decision to invest time and money to build out existing technology. When you’re selling large pools-we’d sell half-a-billion-dollar pools of $2 million to $3 million dollar credits throughout the Midwest and the southwest­ there are a lot of loans and 20 to 30 investors looking at each one. It’s a really hard set of data to manage-you can’t really do that in Excel. Mission embraced [customer relation­ ship management platform] Salesforce and brought in data analysts, and we have a also have a chief investment officer, Peter Shankar. What other small brokerage firm has a CIO, right? So to be able to build out layers on top of Salesforce that we use to track investors on every transaction…looked at this, and I was like, “Wow, I was doing mortgage distribu­tions in Excel and sending around a spread­ sheet [previously]!”
So it’s not groundbreaking, but large orga­nizations don’t have the ability to make these changes in our business. While they’ll always do a lot of business in our market because they control the investment sales market, we’ve been really good at carving out a niche as strong play­ers in the hospitality business and the construc­tion side of the business, as well as storage deals and transitional stuff. When we get in there we stick, because people like our process and how we think about things. We may bolt on invest­ment sales people at some point, but for now we’re growing the hub and spoke mentality of bringing in business from multiple places.
Commercial Observer: Is the majority of your business in New York?
Jordan Ray: New York City is a huge place, and there are lots of worthy competitors here. But if you go to Seattle, Los Angeles,Chicago,I can’t really say the same thing.We’ve always done a ton of business in south Florida.We probably havedone more vol­ ume there than people who work there,and weare going to open a Miami location soon.We’re trying
to do the same in Chicago-we’ve done so many hotels and apartments there and we follow the equity investors there. In L.A. we have an office in Newport Beach, but we’re actually going to open a Santa Monica office in the next few months.
What is the office work environment like? We all come from places that are classic bro­kerage environments. This industry is rife with internal competition-some would argue that’s a good thing because it makes everyone fight for business and get off their ass and go get it, but we’re not those some. Where everything is shared from business devel­opment efforts to execution of transactions. You can have an office here if you want one, but most people don’t. They want to be in the mix and in the flow. We have these little (conference) call rooms and I float in and out with my laptop.Now and again I have this Steve Harvey stick [with a photo of Steve Harvey] that I hold up…Did you ever read the article about when he basically told his staff to fuck off? The internet was in uproar about how rude he was. Steve Harvey [sent a memo to his talk show staff telling them) to leave him alone when he was backstage. We all have one here, and if my Steve Harvey stick is up, it means go away. People will come up to me at anytime, unless my Steve Harvey stick is up (laughs].
Commercial Observer: How many people work for Mission at this point?
Jordan Ray: We’re 30 on the finance side, 30 on the commer­cial loan side plus another 20 in the company on the residential and Mission Global side.I’m on the financing side exclusively.
Commercial Observer: What’s next for Mission? How do you keep your edge?
Jordan Ray: Unless Amazon gets into the mortgage broker­ age business, I don’t expect the big national [brokerages] to change their business overnight and say we’re going to have a centralized [system] and teach 6s-year-olds who make decisions over there how to use Salesforce-it’s just not going to hap­pen. So there’s a lot of runway to grow our mar­ket share.