Fashion designer Elie Tahari is seeking up to $75 million to finance his pending acquisition of a 94,000-square foot mixed use building in Manhattan’s Greewich Village. Mission Capital is brokering the loan, pitching it to debt funds, banks and speciality finance firms. 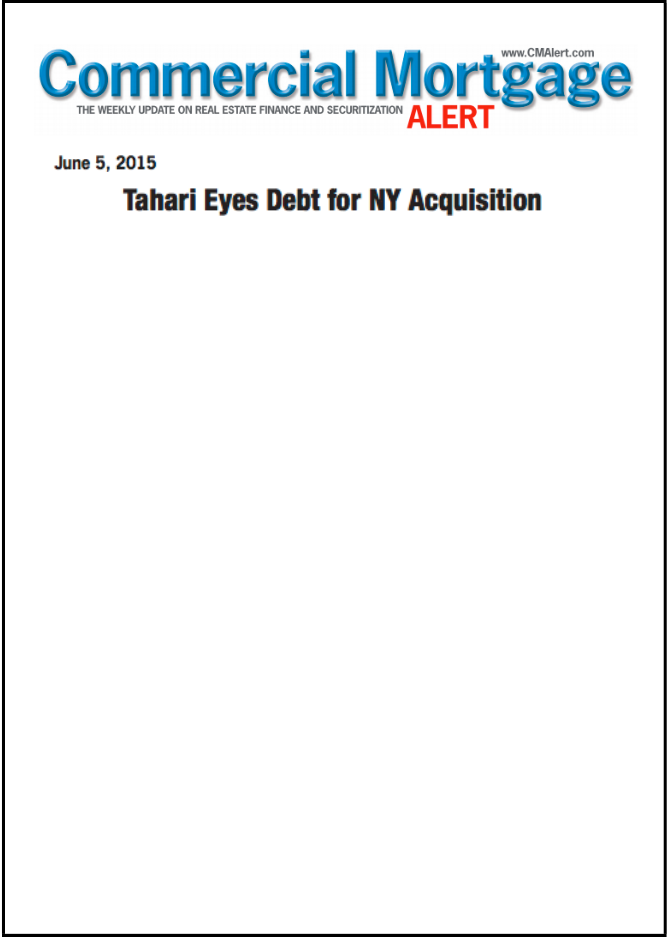 Fashion designer Elie Tahari is seeking up to $75 million to finance his pending acquisition of a 94,000-­‐square-­‐foot mixed use building in Manhattan’s Greenwich Village.

Tahari hopes to line up floating-­‐rate debt with a three-­‐year term and two one-­‐year
extension options for 88 University Place, an L-­‐shaped building that also has an
entrance on East 12th Street.

Mission Capital is brokering the loan for Tahari, pitching it to debt funds, banks and
specialty finance firms. The process is expected to move swiftly, with the sale of the
property likely to close by mid-­‐July.

The building, constructed in 1906, has 10 floors of office space and ground-­‐floor
retail space. The building is currently 85% occupied, mostly by medical offices, but leases for eight of the office floors expire in 2016. Tahari intends to reposition the building, plowing about $4 million into upgrades and improvements, including new mechanical systems and elevators.

Forward leases have already been signed by two companies to take nearly all of the
space that will become available. WeWork eventually will occupy 67,000 sf, some beginning next year and the remainder in 2020. The lease is part of a larger push into Manhattan for the provider of shared office space, which in February committed to 235,000 sf at 85 Broad Street in Lower Manhattan.

Kabbalah Centre, a nonprofit that provides spiritual education, will occupy 17,000
sf, also starting next year. About two-­‐thirds of the building’s 6,500 sf of ground floor
retail space is vacant, with the remaining portion, facing East 12th Street, leased to Chipotle.