Jonathan More has joined Mission Capital as a director.

THE WEEKLY UPDATE ON THE

Atlantic and Southeast regions. He also oversaw asset managing in the Wash­ ington area.His plans are unknown. Deluca had been at New York–based

sible for the firm's overall operations, reporting to president Jeff Damavandl. Panich most recently was a principal 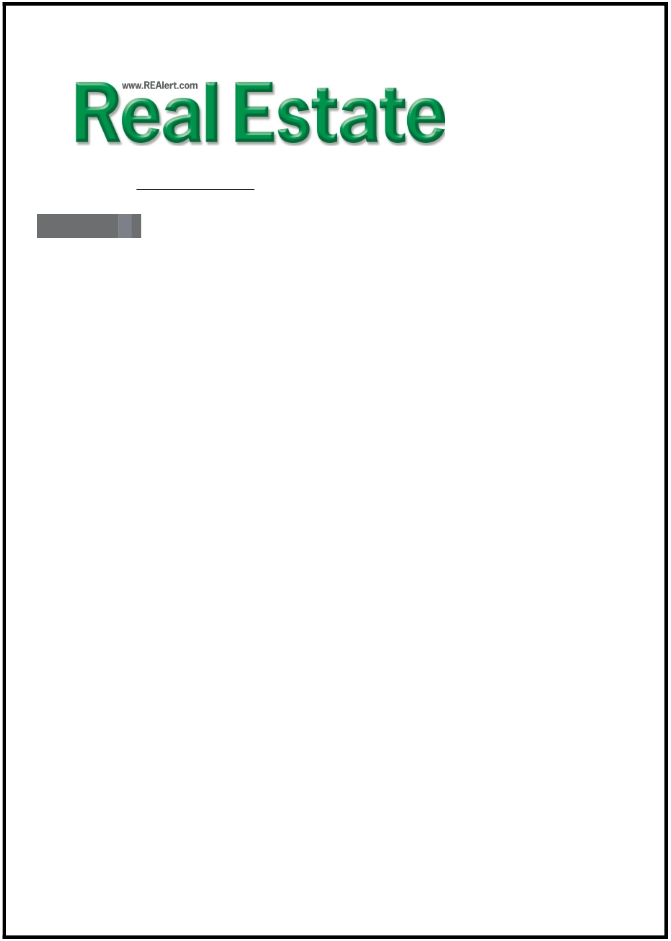 CBRE Global Investors has re–opened the bidding process. The 221-unit property, at 800 Madison Street in Hoboken, has an estimated value of about 5125 mil­ lion, or $566,000/unit. The buzz is that broker CUshman & Wak.Bfield lined up

an unidenti1ied buyer, but the deal hit

an unspecified snag. While that transac­ tion evidently might still be completed, CBRE has asked HFF to come up with alternative bids.

Cushman's Denver apartment team in
2006.The brokerage has several junior
staffers in Denver, but is likely to hunt
for a replacement to lead the team.
Longtime Clarion Partners acquisitions executive Marc Del uca left last month. As a managing director in Washington, he focused on acquisitions in the Mid-
Clarion for nearly 16 years.

Jonllthan More has joined Mission Capital as a director.He will line up equity and debt for the brokers clients, particularly developers,owner–operators and private equity shops. More previously worked

at Aclunlll..zlfl Real Estate,where he focused on capital raising and loan sales. He reports to Mission principal David Tobin and managing director Jonlln Ray, who heads the debt and equity finance group.

Artemis Real Estate wants to hire a prin­ cipal to help raise capital. Candidates should have at least 10 years of experi­ ence. preferably in soliciting capital
for real estate vehicles. The recruit would report directly to chief executive Deborah Harmon and could be based in Washington or New York.
Michael Panlch joined Dylan Investment Properties of Los Angeles last month as executive vice president He's respon-

cassldy Turley has an opening for an analyst in San Francisco.Candidates should have at least three years of expe­ rience and a bachelor's degree. prefer­ ably in finance or business.