Demand and investor interest in the co-living model are on the rise, even as skepticism over scalability and affordability remains 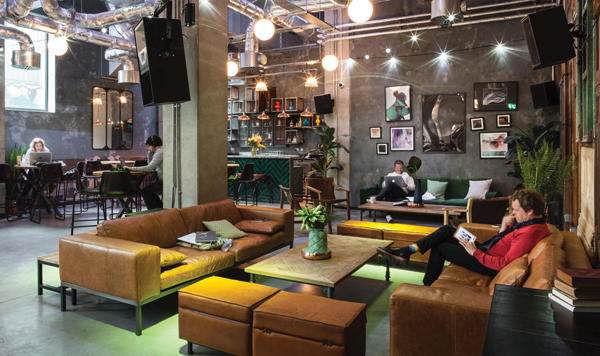 It seems co-living is finally coming of age. The problem is how to scale.

The high-end communal housing model is expanding in a number of cities, including New York, and fewer property owners, investors and bankers are cringing at the thought.

But unlike its sister concept co-working, which often involves repurposing singe-floor office leases, co-living’s requirements are far more robust. In many cases, entire buildings with shared kitchen and other communal spaces are needed to make it work.

“To scale, you really have to do ground-up [development],” said Common’s co-founder and CEO, Brad Hargreaves. That’s a path his four-year-old firm has taken in order to expand nationally, he noted.

Some landlords are reluctant to overhaul their properties to accommodate that, and others still have doubts about whether co-living can compete with traditional rental housing.

But those in the business claim demand for their services is rising, with more tenants willing to pay for flexible leases and all-inclusive amenities. In 2018, Common said it had more than 14,000 applications for just 700 open beds nationwide.

Debt brokers, meanwhile, say banks and other lenders are becoming more comfortable with co-living, thanks to an increase in returns that can beat out other rental properties. Matthew Polci, of the brokerage Mission Capital Advisors, said the “higher rents that co-living units can achieve typically translate into an operating margin [that’s] 30 to 50 percent higher than conventional multifamily.”

Polci, who has negotiated financing for co-living start-ups, said lenders interested in co-living are the same firms providing debt for standard rental apartments, student housing and hotels. Their acceptance of the co-living model has steadily increased within the past two to three years, he added. 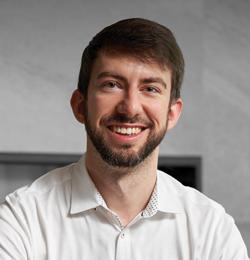 That shift comes as European co-living companies flood into the U.S. in an effort to build on a concept that has swelled in popularity overseas. However, some remain skeptical about co-living’s viability given American cultural norms. “If you think about Europe in general, and people who travel there, they stay in hostels — it’s much more of a transient community,” said Avison Young investment sales broker Brandon Polakoff, who’s based
in Manhattan. “In the U.S. … people have opted for hotels in the major cities.”

With the fate of co-living’s growth in New York heavily leaning on new development, the sector could also face the same challenges as affordable housing: a lack of supply constrained by high land costs, strict zoning laws and a relatively shallow, though growing, pool of financing options. The pitch to investors and lenders is simple: Only affluent young professionals can afford to rent their own one-bedroom apartments in the city’s more desirable neighborhoods. Average monthly rental prices in Manhattan and Brooklyn are $3,161 and $2,722 respectively, according to recent reports from the brokerage MNS.

Co-living residents rent bedrooms in shared spaces, furnished and stocked with virtually anything they would need — from new friends to an array of entertainment options. In return, they pay a premium on a square-foot basis.

As a result, co-living spaces can cost more than a bedroom in a shared apartment. The lowest monthly price offered by Common is $1,340 at a building in Crown Heights, while studio apartments at the We Company’s WeLive outpost at 110 Wall Street start at more than $3,000 a month. 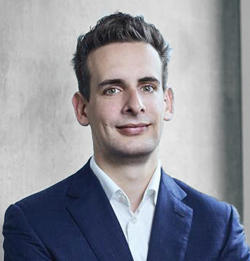 While prospective renters can find rooms in some shared apartments for closer to $1,000 a person each month, co-living providers seek to give customers a better arrangement when it comes to the quality of the bedrooms and shared amenities.

New York-based co-living startups, such as Common and Ollie, began small in boroughs and have since branched out to do multiple ground-up projects nationwide. European outfits like the Collective and Germany’s Quarters, meanwhile, have sought to capitalize here in the States on their success at home.

Quarters, a unit of the Berlin-based Medici Living Group, has raised $1.4 billion in equity and debt for co-living projects internationally, including $300 million in North America. The Collective plans to build the country’s largest co-living development at Brooklyn’s 555 Broadway, with 500 apartments, and turn the Paper Factory in LIC into a “short-stay” co-living community.
Mission Capital’s Polci said that when talking to banks and other lenders about co-living projects, he points to the premiums many can earn. Larger banks have their preferences for how co-living deals are arranged, said Common’s Hargreaves, noting that many prefer hard leases, which require a good credit rating, over management leases.

Hargreaves started Common in 2015 with the conversion of a walkup Crown Heights rental building the company bought for $4 million. Today, more than 80 to 90 percent of his business is in new development, which has been the quickest way to scale, he said. In February, Common launched a private equity fund, in partnership with Mexican multifamily investors, aimed at ground-up developments internationally.

But Ben Thypin, whose firm Quantierra owns a Crown Heights building where Common is a tenant, said it remains to be seen if investor interest in co-living in New York will match that of prospective renters. That potential shift could help determine the business model’s long-term viability in the city, he added. “A lot of these companies have raised a lot of development money, but regular real estate investors have not bought any co-living properties,” Thypin said. “We don’t have any proof yet that they’ve bought into the model.”

One ongoing question is whether co-living can reinvent the wheel of apartment renting on a scale comparable to co-working’s office leasing impact. For Medici Living Group’s Gunther Schmidt, a former folk musician who launched Quarters in 2017, the answer is yes.

“I see an opportunity to build a platform that is 20 to 30 times bigger than anyone else on the market,” Schmidt said. “We want to be the WeWork of co-living.” Confidence in Quarters’ co-living model is high in Europe. Schmidt said he plans to open 6,000 beds across the continent, thanks to a $1.1 billion investment Medici landed in December from Luxembourg-based real estate investor CoreState Capital Holding. Quarters received $300 million from W5 Group, a London-based family office run by German real estate investor Ralph Winter, the following month.

Buoyed by those funding rounds, Schmidt has embarked on a tour around the world to promote the benefits of co-living. In February, Quarters announced it would manage 84 units at 1190 Fulton Street in Bedford-Stuyvesant — a project being developed by Brooklyn’s Bawabeh Realty Holdings — as part of a plan to open 1,300 co-living beds in the U.S.

Schmidt, who also founded a company that conducts online surveys, said he discovered co-living’s potential after enticing prospective employees to his previous venture by offering them free accommodations.

On the other end of the spectrum, the We Company has shown less confidence in its WeLive division. The co-working giant’s co-living endeavor is one of three businesses under the parent company’s umbrella. But WeLive only two has locations, in Washington, D.C., and Downtown Manhattan, with a third planned for Seattle. That expansion rate that pales in comparison to its core WeWork business.

Kushner Companies’ Charles Kushner told TRD last year that he ditched WeLive as an anchor tenant at his One Journal Square apartment complex in Jersey City, despite losing a $6.5 million annual state tax credit. Kushner said the communal living plan put forward by WeLive was “bastardized” and could cripple his plans for the development.

“[If] their concept was wrong, we would have to rebuild the building,” Kushner said. The We Company declined to comment for this story. Though landlords like Kushner have yet to be convinced, there are other potential avenues for co-living’s growth in New York.

In November, the Department of Housing Preservation and Development held a conference calling for submissions from co-living firms to partner on an initiative called ShareNYC, which aims to address the city’s affordable housing crisis. The conference attracted Common, Ollie and the We Company, all of which are expected to submit partnership proposals. Landlords including Brookfield Asset Management and CIM Group also attended.

“We are very optimistic about partnering with these firms,” said Leila Bozorg, HPD’s deputy commissioner for neighborhood strategies. “There’s a strong potential this model can work.”

The agency would not disclose which companies, or how many, submitted proposals. Since the November meeting, Ollie has issued its own call for partnerships with landlords to make a proposal to HPD. Bozorg said the co-living model would need to be aligned with the city’s requirement that rent be based on income parameters and not surpass 30 percent of an individual’s monthly wages, rather than a set dollar figure. Whether that comes in the form of subsidies remains to be seen, he added.

“There are some features of shared living that will make a unit more naturally affordable than traditional apartments,” said Bozorg, noting that partnerships between HPD and private enterprises will likely be announced before year’s end.

But issues around affordability underscore a major question for co-living companies as they seek to penetrate New York’s hypercompetitive real estate market. The Collective has already committed to making 30 percent of the 500 apartments at 555 Broadway affordable, but those units will be managed by HPD’s housing lottery. The company’s 30-year-old founder, Reza Merchant, said the details of how those apartments are put together still need to be worked out with the city, but he emphasized that the affordable units will “be included in the wider [co-living] environment.”

Merchant said he also hopes to participate in ShareNYC.

Co-living companies are confronting other issues in New York apart from affordability. That includes security deposits, the heaping piles of cash landlords collect when they sign new leases. Complaints regarding the return of that cash are overflowing, with the New York attorney general’s office telling TRD last year that it recovered $920,000 for tenants who complained of having their deposits withheld in 2016 and 2017.

Common was threatened with a lawsuit in 2017 from a tenant who alleged it had not returned her $2,000 security deposit at a Boerum Hill building. Common said that responsibility was with the property’s landlord.

Investors in co-living properties in the city may also have to wait a while for their returns. Ollie has raised at least $17 million since it launched in 2012, including a Series A funding round in 2018 that involved the investment arm of the Moinian Group.

But the co-living startup’s slow growth speaks to the time it takes to acquire and renovate rental apartments in New York. Ollie is now managing the bottom half of Simon Baron’s Alta rental complex, a 467-unit development on Northern Boulevard in LIC. But the project took four years to develop — a potential warning sign to investors eager to reap the rewards from co-living’s rise.

“It’s got a number of challenges,” said Zillow senior economist Grant Long. “The co-living trend is asking renters to make a different set of trade-offs. But we are seeing real strength in the rental market right now, and there is a lot of money to be made for companies to take advantage of that.”

Some co-living companies claim to have quicker turnarounds.

New York-based Roomrs, a membership co-living service, now has 400 rooms in 160 apartments throughout Brooklyn and Manhattan. Unlike Ollie, Roomrs does not lease out entire chunks of buildings, and instead furnishes apartments for rent so tenants can take residence within five days.

In a Roomrs pitch deck presented to landlords and shared with TRD, the company states that customers stay for an average of 7.9 months at a mean price of $1,577. Founded in 2017, Roomrs has since raised $2.4 million in venture funding.

Merchant, who started the Collective as a London School of Economics student in 2010, said co-living buys something that can’t fit into a pitch deck or a deal sheet.

“We’ve had people that at one point were in a really bad place in their life, almost suicidal, and have come to live in the Collective and gained that sense of purpose,” he said. “They have turned things around completely. Real estate is a vehicle through which we see that.”