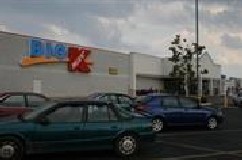 Additionally, the loan will cover the demolition of a building formerly occupied by Kmart as well as the development of two new buildings to be occupied by Academy Sports + Outdoors and PetSmart, and the addition of two new outparcels to total 8,000 square feet.

“Kmart vacated in April of 2016, when its lease expired, and within a few months, the sponsor was able to fill the space with two desirable creditworthy tenants, Academy and PetSmart, which will be new additional anchor tenants for the center,” said Applefield. “The speed with which this re-tenanting took place was a significant factor underlying the competitive terms of the loan, and we were able to structure the deal with aggressive pricing and no recourse except for a lien-free completion guarantee of the new construction.”

Built in 1991, Florence Square is located near the University of North Alabama campus in Florence's main retail corridor and is shadow anchored by a Lowe's and a Walmart Supercenter.