Mission Capital has arranged a $20.75m first mortgage ramp loan on behalf of SD Carmel Hotel Partners, an affiliate of Laurus Corporation, for the Hotel Karlan in northern San Diego.

A ramp loan, which is primarily used to finance an asset that has limited in- place cash flow relative to its projected cash flow, is typically used as an intermediary step between construction and stabilization. “Construction financing can be more expensive and may include partial or even full recourse, depending on the deal, so a non-recourse ramp loan can remove a significant contingent liability from a sponsor’s balance sheet while also acting as an effective bridge from a construction or renovation loan to a more permanent loan,” said Gregg Applefield, director of the debt and equity finance group at Mission Capital. “In today’s market, it’s not uncommon for hoteliers to procure a ramp loan post- renovation, prior to securing permanent financing, and the sponsor turned to us because of our extensive experience in this arena.” 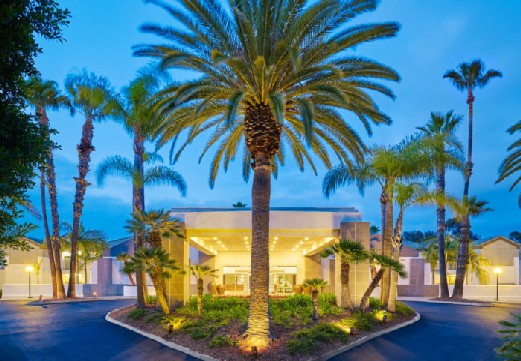 The 174-key, soft- branded DoubleTree by Hilton property has undergone a multimillion dollar renovation since it was acquired by the sponsor in 2014, including a remodeling of guestrooms, new dining spaces, including a San Diego-influenced brew pub, an upgraded spa with a fitness center, and two pools with outdoor cabanas. “We’re confident that our large-scale improvements have taken the property to a higher level, establishing it as a leader among resort hotels in the area,” said Peter Ciaccia, chief commercial officer at Laurus Corporation.

The three-year first mortgage loan, which will replace the property’s renovation loan and a preferred equity loan, was made by an undisclosed private equity fund. Mission Capital approached a variety of lenders to allow the sponsor to refinance and pay off its existing debt and allow it the time to ramp up its net operating income, according to Applefield. “Through a strong marketing effort, we were able to provide the sponsor with numerous competitive offers, including fixed-rate and floating-rate options with very high leverage for a hotel,” he added.

Laurus Corporation is a real estate investment and development company that has over $1.2b in assets under management. The firm focuses on creating capital appreciation opportunities through repositioning, restructuring, redeveloping, and intensively managing assets post-acquisition.