The Premier Guide to Asset and Mortgage-Backed Securitization REPORT 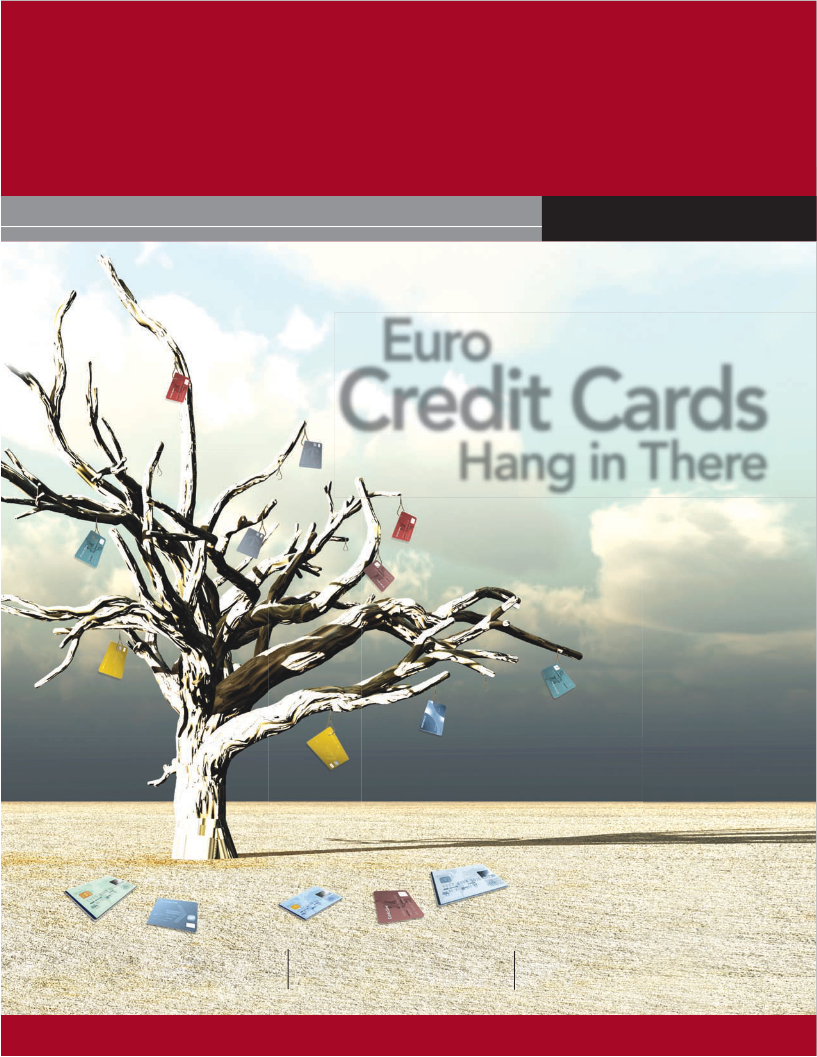 The Fed and Treasury

n a market where financial institu- tions are scrambling to shore up capital with asset sales, firms that fa- cilitate these transactions successfully are poised to emerge from the recession with
deeper pockets.

Mission Capital Advisors, a residen- tial, commercial and consumer loan sale advisor, is one of the few firms to close deals in the paralyzed marketplace.

The firm, which structures sales of performing, subperforming, nonper- forming and charged-off residential, commercial, commercial and industrial (C&I) and consumer whole loan port- folios, is seeing strong demand for its services — closing almost 92% of its sale offerings over the past year and a half.
“This is a perfect storm for us,” said David Tobin, principal at Mission Capital. “The only real market for any- body, including people trying to sell agency eligible or conforming single- family loans, is to do a whole loan sale, not a securitization.”
Indeed, whole loan sales are currently the only way to exit or monetize a port- folio, Tobin said. “The name of the game today is liquidity, and people are looking to raise cash in any way that they can, whether it is selling assets to the Troubled Asset Relief Program, repoing assets with the Federal Home Loan Bank, selling loans to Fannie Mae or Freddie Mac or selling assets, in the case of a bank, where you are reserving capital against the un- paid principle balance of the loan.”
Furthermore, securitizations remain defunct. “We have seen people capitulate in terms of their securitization staffs,” Tobin said. “Volume has disappeared be- cause there are not a lot of bids out there for bonds in general. There has to be true fixed-income pension fund or insurance company demand before the securitiza- tion market returns.”

With whole loan sales standing as one of the only seemingly viable alterna- tives for cash-strapped financial institu- tions, Mission Capital is forecasting to be up 15% to 20% over last year, just in terms of revenues. The numbers reflect the volume of business the firm is doing, according to Tobin.
For 2009, Mission is projecting a
20% to 25% increase in revenues and business volume overall. This number, however, could turn out to be even big- ger — it is difficult to forecast a financial institution’s quarterly needs to sell assets, although weakness in bank loan portfo- lios is expected to continue.
Regarding some of the more high- profile loan sales work that the firm has done, Mission Capital advised H&R Block on all of its whole loan sales as it wound down and then sold Option One Mortgage Corp. — total- ing roughly $2 billion in 15 or 16 dif- ferent transactions from September
2006 until May 2008. The firm also orchestrated a similar type of program
for First Franklin Financial Corp. and National City, both before and after its sale to Merrill Lynch. In September
2006, Merrill purchased First Frank- lin Financial Corp., affiliated business units National City Home Loan Ser- vices and NationPoint, for $1.3 billion. Mission arranged 14 different sales to- taling roughly $2 billion.
The firm has also done work this year for Marshall & Ilsley Bank, among other banks, selling scratch-and-dent, subper- forming loans, nonperforming loans, single- family loans and, to a much greater degree, commercial and land development-type assets. Mission has also sold broken condo- minium loans where the condo was initially for sale, but then sales disappeared.
Last week, the firm announced two new deals in a series of smaller whole loan portfolio sales, including a portfo- lio of subperforming and nonperforming commercial mortgage loans, secured by various commercial real estate and busi- ness assets in the greater Chicago Metro area and towns in Indiana, with a balance of more than $50.3 million. The real estate collateral comprises retail, multifamily/ condo, industrial, office, C&I, residential and commercial development land.
The company also announced that it would be accepting bids for a portfolio of commercial and residential bank-owned real estate in Tennessee, Mississippi, Georgia, South Carolina, Florida and Or- egon, with a current appraised value of
See MISSION on Page 21 >>

$29 million. The portfolio is divided into
13 pools, with a total of 232 properties. The bank-owned real estate includes re- tail, condo, industrial, office, single-fam- ily residential and various commercial lots and land.
And there are buyers for these as- sets. Last week, G8 Capital, a pur- chaser of real estate owned (REO) and distressed mortgage loan portfolios, as well as other performing and nonper- forming loans and real estate, closed its
10th portfolio acquisition from a top- five U.S. financial institution. The port- folio consisted of 88 California REO properties. The firm also announced that it expects to close two more REO portfolio acquisitions before the end of the year, which would mean more than
$150 million in portfolio acquisitions over the past 12 months. G8 Capital expects to acquire more than $500 mil-
lion in REO and nonperforming loan portfolios next year.

Where the Buyers Are

The buyers in today’s market are pri- vate equity funds and high-net-worth individuals and operators, with not as much Wall Street money chasing the forced selling, Tobin said. Mission just completed a $126 million sale of land de- velopment assets in Arizona that closed at the end of the third quarter.
In the deal, 26 loans were sold to 12 dif- ferent investors, and eight of these investors were new to Mission Capital. Many of the investors were also local to the area.
“Local investors are typically the smart- est; they know the market best,” Tobin said. “Arizona is a beaten-up market just like Florida or Las Vegas, and as investors are out buying land assets — which they are in droves — that sets the floor for the market.” Furthermore, investors can buy com- mercial loans and assets backed by land,
even if they are performing, at fairly sig- nificant discounts because people are un- derwriting collateral to take two to four years to resolve, Tobin said.
There are also new sellers. The Federal Deposit Insurance Corp. is now entering the whole loan marketplace selling assets, in some cases doing structured sales. In other instances, like with Downey Savings Bank, the FDIC engineered a sale to U.S. Bancorp where it arranged a loss sharing agreement on the Downey performing loans.
“This is a great resolution on this type of portfolio because it is such a large portfolio of option ARMs that you don’t really want to sell it into the marketplace because even for good-performing loans, the market is rather thin,” Tobin said.
The FDIC has also set a precedent that land assets and land development assets can be sold into the market, while performing assets are better held or sold in a shared-appreciation type of transac- tion, Tobin said. — GS

error rates. The higher the credit quality of the loans and the assessment of the originator, the lower the estimated sample error rate will be.
There is also an update to Moody’s baseline set of reps and warranties. There will now be stronger fraud reps and warran- ties; stronger early stage defaults, where a loan that goes 60- plus days delinquent within the first three months would have to be bought back; and an increased focus on how the income is being determined and what process the originator uses to determine the income, occupancy and valuation.
In addition to loan level reviews before securitization, the rating agency is now also asking for a third-party forensic re- viewer to look at loans that become 120 days or more delinquent after securitization.
Moody’s criteria calls for monthly securitization remit- tance reports to include the number of loans that breached the reps and warranties, the way in which they breached these reps and warranties, and how many of the loans were repurchased.
Moody’s is also strongly encouraging that the information from the third-party servicer be provided to market participants, particularly investors. — GS

07-2. The firm’s favorite shorts are 06-1 and 06-2 AAA
and PENAAA.
Barclays reported total prepayments increased for series
06-2 and 07-2, but fell for 06-1 and 07-1. Defaults also rose on series 06-2, 07-1 and 07-2, but dipped on 06-1. Meanwhile, analysts stated that voluntary prepayments were mixed, and they are still questioning the accuracy of reported voluntary prepayment speeds.
A highlight of the report, according to Barclays analysts, is that the JPMAC 2005-OPT1 deal passed its triggers for the fourth consecutive month and released principal pay- ments to noteholders. Specifically, the beneficiaries were class M-9 noteholders who received $4.3 million, or 28.5% of the original face amount.
Barclays analysts noted that the M-9 class is one of the constituents in the 06-1 BBB- index, and that the principal payments are equivalent to 1.4 points for the index. They reported that the margin by which the transaction passed its delinquency trigger stayed slim — 28.91% actual versus
29.66% threshold. It is hard to know whether this transac- tion will continue to pass triggers next month, the analysts said. — KS