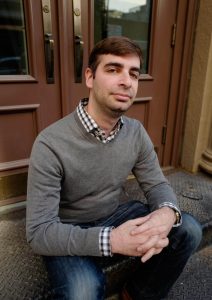 A fully occupied freestanding retail building is hitting the auction block in Tuscaloosa.

The building currently occupied by Crunch Fitness at 3325 McFarland Blvd. E will be up for auction on the RealINSIGHT Marketplace platform July 29-31 via New York City-based Mission Capital Advisors. A CMBS Special Servicer is the seller.

The one-story 42,274-square-foot building was built in 2013 for outdoor retailer Gander Mountain. Crunch, which took occupancy in October 2018, signed a 15-year lease at the 4-acre site.

“The property has excellent frontage in a highly trafficked area of Tuscaloosa, near several main transportation routes and near the University of Alabama,” said Kyle Kaminski, a director with Mission Capital. “Further, Crunch has performed very well in the space since opening and greater market conditions point toward the brand’s continued growth. With the substantial increase in enrollment at the university, and the recent Mercedes Benz expansion, this is a tremendous market to currently be in.”

Legacy portfolios, which is to say portfolios of loans originated pre-financial crisis, are trading at extraordinary prices relative to intrinsic value. The reason for this is higher than market coupons, long payment history and solid economic fundamentals combined with intense market liquidity from bank and non-bank sources. The opportunity to exit these portfolios in as little as 45 to 60 days exists in the marketplace. And it’s a good sound judgment call to exit portfolios of loans which are above market but which have not prepaid in this highly liquid market post-financial crisis. We expect that these portfolios will exhibit elevated levels of default as well as elevated losses compared to their post-financial crisis-originated counterparts. Banks would do well to liquidate small-balance commercial real estate loan portfolios at peak market pricing today and redeploy those proceeds into other alternative lending opportunities.

From 1992 to 1994, Mr. Tobin worked as an asset manager in the Asset Resolution Department of Dime Bancorp (under OTS supervision) where he played an integral role in the liquidation of the $1.2 billion non-performing single-family loan and REO portfolio. The Dime disposition program included a multi-year asset-by-asset sellout culminating in a $300 million bulk offering to many of the major portfolio investors in the whole loan investment arena. From 1994 to 2002, Mr. Tobin was associated with a national brokerage firm, where he started and ran a loan sale advisory business, heading all business execution and development.

Mr. Tobin has a B.A. in English Literature from Syracuse University and attended the MBA program, concentrating in banking and finance, at NYU’s Stern School of Business. He has lectured on the topics of whole loan valuation and mortgage trading at New York University’s Real Estate School. Mr. Tobin is a member of the board of directors of H Bancorp (www.h-bancorp.com), a $1.5 billion multi-bank holding company that acquires and operates community banks throughout the United States. Mr. Tobin is a member of the Real Estate Advisory Board of the Whitman School of Management at Syracuse University and a board member of A&M Sports / Clean Hands for Haiti.

NEW YORK CITY — Mission Capital Advisors has arranged a $15.2 million loan for The Box Factory, a former industrial building in Brooklyn that is being redeveloped into a 65,837-square-foot office and entertainment complex. Proceeds will be used to refinance construction debt and further redevelop the property. Jonathan More, Ari Hirt and Lexington Henn of Mission Capital arranged the financing on behalf of the project development team, which is led by Brickman Real Estate and Hornig Capital Partners. Construction began in 2018. Pine River provided the loan.