The Mission Brotherton platform will serve as an extension of the existing advisory practices Mission and Brotherton currently maintain. Founded in 2002, Mission Capital is one of the premier advisory firms in the United States, with experience securing debt and equity capital for real estate projects and advising on loan portfolio and real estate sales in markets across the US. Brotherton is a debt and equity advisory business with deep knowledge and expertise of the real estate landscape in Europe and the United Kingdom. By partnering with each other, Mission and Brotherton will create a uniquely powerful finance platform that leverages the firms’ collective market knowledge and relationships in both Europe and the United States

“Most of our larger private equity, banking and investment clients have opportunistic loan and real estate investment and lending platforms in both Europe and the US. A number of them have advised us that Europe is underserved by high quality financing intermediaries,” said David Tobin, founder and principal of Mission Capital. “After reviewing the marketplace, we saw the demand for cross-border real estate capital markets expertise, real estate debt and equity capital raising and loan sale advisory with “boots on the ground” so to speak. With Mission Brotherton, we will synergistically help each other enhance that expertise in our respective markets.”

Added Richard Fine, founder and principal of Brotherton: “The real estate industry is largely powered by relationships, and Mission Brotherton’s ability to tap into two of the strongest networks in the industry will provide great value to investors based in both the UK and the US. Mission Capital has developed a reputation as one of the most capable finance advisors in the United States with a specific specialty in securing capital for complex transactions, where creative brokers add the most value. Since founding Brotherton, we have strived to provide best in class service to our clients, not only in terms of sourcing, but also in the structuring and closing of their transactions – something Mission are committed to doing as well. We are confident that this combined platform will benefit clients of both firms as they pursue international investments and is another major differentiating factor for our business.”

For Mission Capital, this venture is the latest in a line of strategic initiatives and enhanced offerings that have been rolled out in recent years. Mission’s mortgage services and consulting business continues to grow and provide banks, financial institutions and the FDIC and other governmental agencies with a comprehensive portfolio of valuation, collateral document curative, due diligence and other risk management services. Also in 2015, Mission Capital partnered in the creation of EquityMultiple, one of the only pure play commercial real estate crowdfunding platforms. Over the past year, the firm has also expanded its loan and investment sales brokerage activity, while opening new offices in strategic markets including Miami and Santa Monica, California.

“We’ve seen tremendous growth at Mission over the past few years, and this expansion is due, in no small part, to the emphasis we put on providing every client with solutions that are tailored to their specific investment strategy,” said Jordan Ray, principal of Mission Capital. “With the synergies that exist between Mission and Brotherton and the combined intellectual capital for our clients to tap into, we’re confident that Mission Brotherton will be an immediate success.”

Mission Brotherton will be managed by senior executives from Mission and Brotherton, including Tobin, Ray and Malcolm Rollo of Mission Capital and Fine and Daniel Uzan of Brotherton.

Founded in 2002, Mission Capital Advisors, LLC is a leading national, diversified real estate capital markets solutions firm with offices in New York, Florida, Texas, California and Alabama. The firm delivers value to its clients through an integrated platform of advisory and transaction management services across commercial and residential loan sales; debt, mezzanine and JV equity placement; and loan portfolio valuation. Since its inception, Mission Capital has advised a variety of leading financial institutions and real estate investors on more than $65 billion of loan sale and financing transactions, as well as in excess of $14 billion of Fannie Mae and Freddie Mac transactions, positioning the firm strongly to provide unmatched loan portfolio valuation services for both commercial and residential assets. Mission Capital’s seasoned team of industry-leading professionals is committed to achieving clients’ business objectives while maintaining the highest levels of integrity and trust. For more information, visit www.missioncap.com.

Brotherton Real Estate was founded by Daniel Uzan and Richard Fine in June 2014. The firm is an independent specialist UK and European Real Estate Capital Advisor. In that time, Brotherton has arranged in excess of £1.25BN of debt finance for clients and raised over £160MM of equity. The firm offers a cradle to grave service by not only sourcing the most competitive terms, but also focusing on the structuring and execution of deals for its clients.

Real estate finance brokerage Brotherton has formed an alliance with US firm Mission Capital following a year of strong growth.

Under the tie-up, Brotherton, which was founded by Daniel Uzan and Richard Fine in 2014, will advise Mission’s clients when they are pursuing investments and developments in Europe, while Mission will do the same for Brotherton’s clients in the US.

David Tobin, founder and principal of Mission Capital, which was launched in 2002 and operates across the US, said discussions with some of its larger private equity, banking and investment clients had prompted it to look for a partner in Europe.

“A number of them have advised us that Europe is underserved by high-quality financing intermediaries,” said Tobin. “After reviewing the marketplace, we saw the demand for cross- border real estate capital markets expertise, real estate debt and equity capital raising and loan sale advisory with ‘boots on the ground’, so to speak.”

Uzan added that the two businesses shared a similar philosophy in that they both believed advisers should do more than just introduce clients to lenders.

“Since founding Brotherton, we have strived to provide best-in-class service to our clients, not only in terms of sourcing, but also in the structuring and closing of their transactions – something we were delighted to discover Mission is committed to doing as well,” he said.

The news follows a strong year of growth for Brotherton that saw the firm’s revenues increase by more than 50%.

Having recently secured a large loan of more than £100m for a long-standing client, Brotherton has now arranged for a total debt volume of £1.25bn for its clients since it was founded.

During that time, it has arranged finance with more than 60 different lenders. It has also arranged about £160m of equity.

Fine said the business had a strong pipeline of deals it was working on at the moment, extending outside the UK to Portugal, Spain and other mainland European countries.

Brotherton’s focus remains on the mid-market with the firm typically arranging deals of between £2m and £50m. 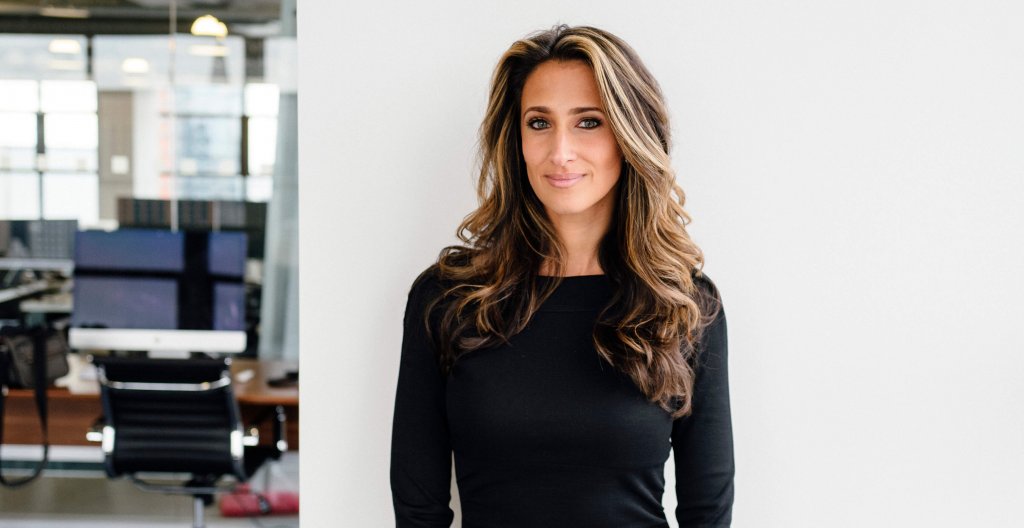 “There was no surprise that Libor as we knew it would have to change,” Mariutti says.

NEW YORK CITY—Libor, an index that underpins $350 trillion in financial contracts, has been a benchmark for global borrowing for nearly half a century. But it will soon go the way of BOAC and the Beatles, two British institutions that were still recent history when Libor was devised. Will the sunset of Libor in 2021 plunge lenders and borrowers into darkness and confusion? And what will take its place?

In the view of Jillian Mariutti, director at Mission Capital Advisors, the answer to the first question is no, since the writing has been on the wall since the Libor manipulation scandal of 2012.

As for the second question, the successor to Libor—at least for the US market—is likely to be the Secured Overnight Funding Rate (SOFR), which the Federal Reserve Bank of New York is expected to begin publishing in mid-2018.

First, some background on how Libor is determined. At 11 a.m. Greenwich Mean Time every day, a group of major banks will be asked at what rate could they borrow funds from other banks on an unsecured basis. “Libor was supposed to reflect the actual health of the financial system,” Mariutti tells GlobeSt.com. “If banks feel confident, they report a low interest rate. But if they have a lack of confidence, then they report a higher rate. During the crisis, there was manipulation and collusion; banks were falsely inflating and deflating the rate, and Libor lost credibility because it became unreliable.”

Following the scandal, “there was no surprise that Libor as we knew it would have to change,” says Mariutti. “We all knew it was coming. In fact, in 2014 the Federal Reserve convened the Alternative Reference Rates Committee (ARRC) to explore the alternatives for replacing Libor.”

This past summer, the ARRC chose SOFR as its preferred alternative to Libor. “It’s going to be based on the cleared and bilateral repurchase transactions of the US Treasury,” Mariutti explains. “Put another way, you’re basically looking at the extremely liquid, high-volume repo market,” which generates some $600 billion to $800 billion in transactions daily. “Libor transactions pale in comparison.”

Unlike Libor, an unsecured rate, SOFR is tied to repo transactions and is a secured rate because the Treasury serves as collateral. “So is there going to be some sort of adjustment to SOFR, a spread to SOFR to make it an unsecured comp?” asks Mariutti. “That’s still to be determined.”

As for what happens to loans and other transactions currently tied to Libor and with maturities extending beyond the phase-out, Mariutti points out that “a sizable amount of commercial real estate floating-rate loans mature before ‘21.” Of course, there will be some transition pains, she cautions, as there are plenty of CRE loans that will mature after Libor ceases to be published.

“We all need to make sure we pay closer attention to the replacement language in the loan documents,” says Mariutti. “When you look at your credit agreement, there will be language that says something to the effect of, ‘if Libor no longer exists, here’s your replacement.’ The most common is probably the Fed Funds fallback.”

Mariutti expects Libor and SOFR to exist in parallel with one another for some time before only SOFR is left standing. “It’s probably going to take three to five years before SOFR is a viable Libor alternative,” she says. “We definitely expect a phase-in to be gradual.”

Some dates to look out for: The Fed plans to begin publishing the daily SOFR rate the first half of 2018, to be released at 8:30 a.m. EST daily. Any derivatives of SOFR are anticipated to start trading by year-end 2018. “They’re going to start working on the futures infrastructure, and it probably won’t be until 2021 that you’re going to see an actual SOFR rate show up in credit agreements or interest rate swaps,” Mariutti says.

“Here’s another thought, says Mariutti, “and it would make life so easy. With one fell swoop, could they just change the definition of Libor? If you just changed the definition to ‘SOFR plus 10’ or something like that, then every contract that references Libor would reference SOFR. But everything is still TBD.”

Paul Bubny is managing editor of Real Estate Forum and GlobeSt.com. He has been reporting on business since 1988 and on commercial real estate since 2007. He is based at ALM Real Estate Media Group’s offices in New York City.