East End Capital, one of Wynwood’s largest property owners, worked with the Mission Capital team of Jonathan More, Jordan Ray, Steven Buchwald and Lexington Henn, which secured the financing for the innovative project.

“The Wynwood Arcade is a prime example of the prescient touch of East End, which has a solid track record of identifying thriving neighborhoods within Miami and New York City, and developing unique projects that meet the pent-up demand within those markets,” said More. “With this redevelopment, East End continues to successfully build its significant presence in Miami.”

The Wynwood Arcade, completed July 2016, was converted from an industrial warehouse into an upscale shopping experience, unlike anything in Wynwood. Three spaces remain available for lease at the Arcade, which is decorated with murals by Tristan Eaton and houses The Salty Donut, Bonobos, a new culinary and craft cocktail experience from Chef Norman Van Aken, and other local boutiques.

Wynwood is one of Miami’s trendiest neighborhoods and is recognized on a global scale as a premier destination for art, fashion, innovation and creative enterprise. It has become a hotspot for a new generation of entrepreneurs and has also attracted institutional capital and forward-thinking property developers.

“East End Capital has a finely tuned ability to pinpoint key neighborhoods prime for development and spearhead projects that are unlike anything else out there right now,” said Ray. “Wynwood Arcade is no exception and is a firsthand example of the firm’s innovative approach.”

East End Capital (www.eastendcap.com) is a vertically integrated owner, operator and manager of commercial, residential and retail real estate located in New York City and Miami. The company seeks out growth areas fueled by the arts and the creative class, and demographic and infrastructural improvements. East End adds value through development and proactive asset management.

Founded in 2002, Mission Capital Advisors, LLC is a leading national, diversified real estate capital markets solutions firm with offices in New York City, Florida, Texas, California and Raleigh, North Carolina. The firm delivers value to its clients through an integrated platform of advisory and transaction management services across commercial and residential loan sales; debt, mezzanine and JV equity placement; and loan portfolio valuation. Since its inception, Mission Capital has advised a variety of leading financial institutions and real estate investors on more than $65 billion of loan sale and financing transactions, as well as in excess of $14 billion of Fannie Mae and Freddie Mac transactions, positioning the firm strongly to provide unmatched loan portfolio valuation services for both commercial and residential assets. Mission Capital’s seasoned team of industry-leading professionals is committed to achieving clients’ business objectives while maintaining the highest levels of integrity and trust. For
more information, visit www.missioncap.com.

A $98 billion drop in bonds backed by loans makes it harder for businesses, shopping-mall owners and consumers to refinance the debt.

A $98 billion drop in bonds backed by loans makes it harder for businesses, shopping-mall owners and consumers to refinance debt 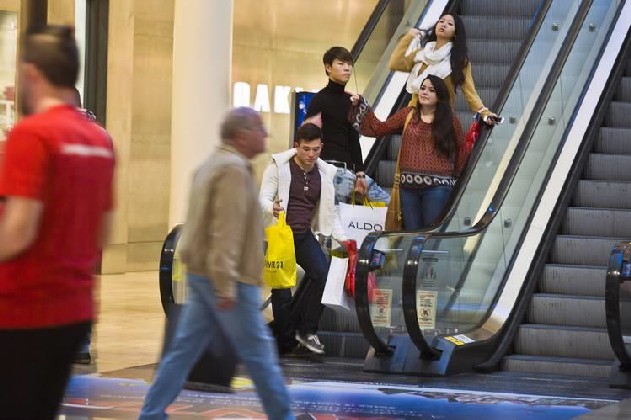 Some shopping malls are feeling the squeeze of a slowdown in shadow banking. PHOTO: L.E. BASKOW/LAS VEGAS SUN/ASSOCIATED PRESS